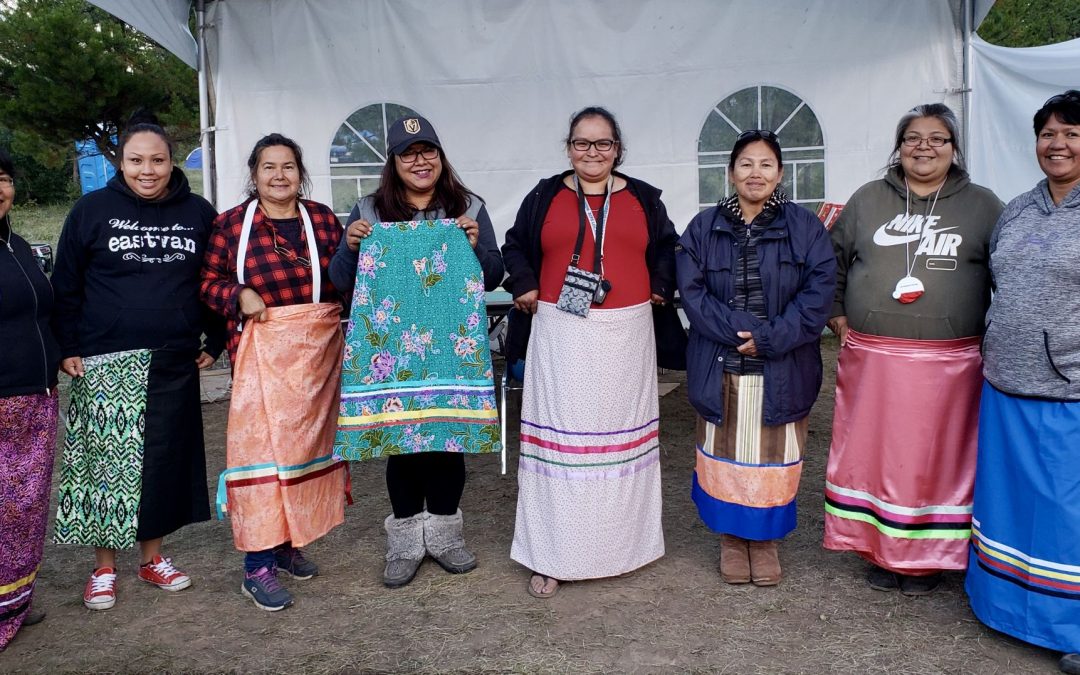 August 28, 2018 (Esk’etemc) – Over 600 Secwepemc including youth, Elders, and leaders from across Secwepemcúlecw met at the Esketemc (Alkali Lake) Pow Wow grounds from August 24- 26, 2018, for the Secwepemc Summer Gathering. The goal of the event was to connect to the land and come together to celebrate Secwepemc language, tradition and culture while building and strengthening the kinship bonds which are the backbone of the Secwepemc Nation.

“We asked that our relatives park their politics for this gathering- it was not a time to discuss pipelines, treaty or non- treaty. It was a time to solidify our kinship ties and enjoy being out on the land, away from technology. From our youth to our Elders, everyone actively participated in activities such as processing salmon, traditional medicines and storytelling. There were also plenty of hands on learning-  how to make an arrow head, a ribbon skirt, birch bark baskets and bull rush mats. Our people pulled together -those moments of sharing and helping one another are essential for unifying our nation. The people from Esketemc stepped up and were good hosts to our relatives from near and far.”

During the gathering, the Secwepemc Nation hosted the Gitxsan and Wet’suwet’en Matriarchs, Hereditary House Chiefs and citizens to participate in a ceremony to honour the “Jurisdiction of our Children Peace and Cooperation Treaty.” The ceremony held was to reaffirm the solid Nation to Nation relationship that is shared between the Secwépemc, Wet’suwet’en and Gitxsan regarding the 1997 Delgamuukw v. British Columbia Supreme Court of Canada decision (see attached background for further detail).

“Over 600 Secwepemc showed up, our families showed up even in spite of the fires, the smoke and the weather. Over 600 leaders were at this gathering, leading the way for our nation. At these gatherings, the young ones are always watching us, they see how we supported and helped one another, how we learn from one another. That’s leadership in action and something that we are showing to the next generations of leaders. We are rebuilding our nation with our families, starting with our children first, for it is the little ones here at these gatherings who will lead the way by reconnecting our Secwepemc ways of being.”

“I came to support the event because our language, culture and people- these important aspects are central here. It’s so important to get together so that we can build on our unity, protection of our lands, our medicines and share of our Elders’ knowledge and skills.”

Background to the “Jurisdiction of our Children Peace and Cooperation Treaty” 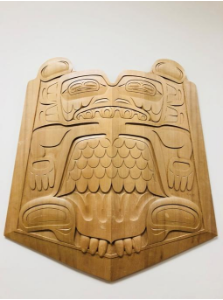 In 1997 Delgamuukw v. British Columbia court decision was released at the Supreme Court of Canada. This was a long hard-fought battle by the Wet’suwet’en and Gitxsan peoples who claimed Aboriginal title over 58,000 sq km. This historic case established several very important precedents for common law in the courts in Canada and paved the way for others to bring successful claims for title. Of note, the court established the test for proof of Aboriginal title.

The test is as follows:

The Supreme Court of Canada decision was a monumental victory for all Indigenous peoples across Canada. The Secwépemc Nation supported the Wet’suwet’en and Gitxsan in their court proceedings through fund raising and financial contributions for their court costs. In return, the Wet’suwet’en and Gitxsan leadership came to Kamloops and presented our Chiefs with a wooden carved plaque which symbolizes a peace and cooperation treaty. This plaque hangs in the boardroom at the Shuswap Nation Tribal Council office. 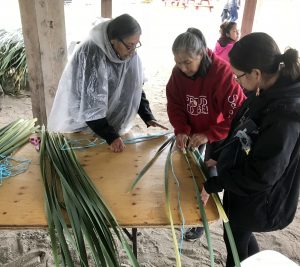 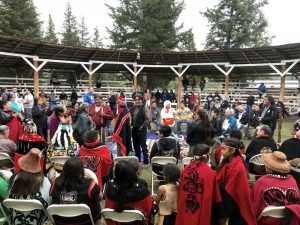 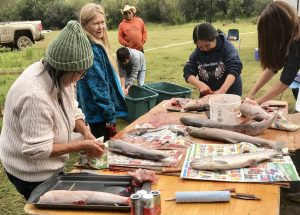 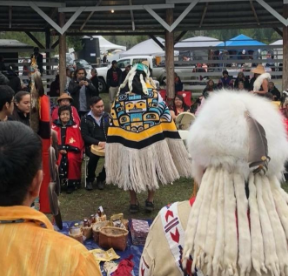